What is Programmatic Advertising?

If you’re a complete newcomer to the advertising world, let me set the scene for you. The way ads make it from your business to a little 300×250 box on your screen is that a media buyer from an advertising agency bought that space at that time for that specific ad. The way the media buyer decides on that specific part of space-time to buy for the ad is much more complex, involving the consideration of price rates, target audience demographics, formats and more. If some of you thought “is there an easier way?,” you’re not alone. The advertising world wondered the same thing, and programmatic advertising was developed as the answer.

Programmatic advertising is when software is used to purchase digital ad space instead of humans. Move aside human media buyers, robots are taking over! Swapping out humans for machines is a win-win for advertisers. Creating ads and choosing the right space takes a lot of manual labour. The complex considerations that went into each bid and purchase of ad space can now be done in milliseconds by efficient, calculating machines. The bidding of ad space can be automated, and by telling your programmatic software exactly what kind of audience you’re trying to reach, the ads can now be targeted more efficiently than ever. Welcome to the programmatic advertising kingdom. 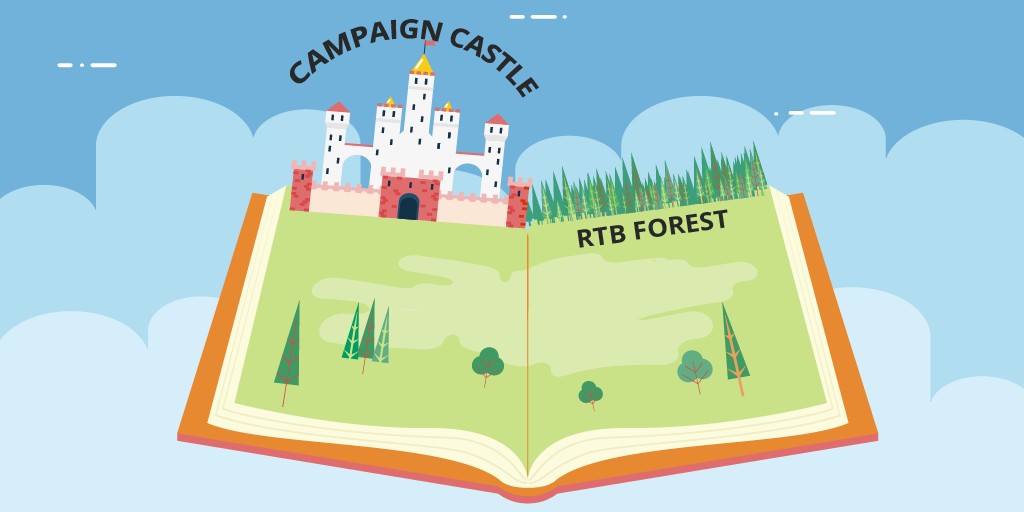 In the programmatic advertising kingdom, it’s the machines that do the work, and the advertisers who rule from campaign castle. It’s the human advertising professionals who are the kings and queens, ruling from campaign castle, and they set the laws of the land. The advertisers determine the rules and scope of the campaigns, while the programmatic software handles all the menial tasks. They will set the prices and strategies, carefully select the channels on which to promote, develop meaningful campaigns, and more. No technophobia necessary, humans are still deeply involved in the process.

Here’s the rundown of why programmatic advertising is the best kingdom to be a part of in the world of advertising:

We all know humans, right? No matter how many great qualities they have, there’s always a degree of unreliability and room for fault. Robots don’t get sick, don’t need vacation time and can’t break the rules. While I’d much rather have a human coworker and friend than a robot, when it comes to buying and selling ad space, these things matters. Programmatic advertising removes slow-computing humans from the equation, making the ad buying process hundreds of times faster, and less likely to involve error. Plus, the programmatic advertising software can make tiny, instant adjustments to campaign variables that humans may not consider, or have the time to change.

Robots are far better data analyzers than humans, and programmatic software can adjust dozens of variables within your campaign outlines to optimize the campaign and get your desired ROI. The human side of marketing can set budget, goals, network reach and more, and the programmatic software will run with it to get the best bang for your marketing buck. Say hello to delivering hyper-relevant, cross-channel experiences that increase brand awareness, reduce churn and convert users at break-neck speeds.

Why hire an expensive, potentially unreliable human to buy and sell ad space when you can get a machine to do it better, and for less? Adopting programmatic advertising will result in a tangible cut of media buying costs, as well as let you budget out your (less-tangible) brain power more efficiently. Not to mention, with a machine at the helm, your campaigns will achieve better ROI than would be possible with campaigns run by their human counterparts.

With the tedious tasks handled by programmatic software, your marketing team has the time and energy required to develop strategic tactics, and plan sophisticated, effective marketing campaigns. Each of these complex campaign plans will be carried out by the programmatic software that has the ability to rapidly change tiny variables to get you the best bang for your campaign buck. After each campaign run with programmatic advertising, you’ll also receive detailed, data-filled reports so you can better plan your next campaign.

We all know that you don’t bring a human to a robot fight. In the digital ad buying world, it’s machines vs machine, and ad space is bought and sold faster than you can blink an eye. Programmatic ad buying can offer hyper-relevant, hyper-targeted display ads to the audience you want to reach. If you want to run display ads online, you’ll want to use programmatic ad buying. Besides, human interaction is so 20th century.

Programmatic advertising is big, and it’s not something that will disappear in the next few years. According to a study from eMarketer, US programmatic digital display ad spending will reach $22.10 billion in 2016. The kingdom is expanding, and overtaking new advertising territory every day. Digiday even called programmatic “the future of ad buying,” so maybe a world of robots and humans living in harmony is more plausible than Terminator had us believe.